A Tribute to COGIC Mothers and the Faith that Moves Mountains

This is the first in a series looking at the lives of mothers, both natural and spiritual, and the tremendous role they play within the family life and the spiritual life of the Church Of God In Christ, Inc.(COGIC). Since 1911, the Church Of God In Christ has had a Church Mother, known as the General Supervisor of the Department of Women and most churches have a Church Mother or collective Mother’s Board. These saintly women provide leadership and guidance to the members of the local, jurisdictional and national church. This marks the first of a few of their stories we will tell leading to Mother’s Day on May 8, 2022:

A perusal of social media can certainly find many things, some good and some bad. However, if you go to the social media page of California resident and COGIC member, Evangelist Victoria Turner, you will find a recurring theme: a family that loves God and His church! On March 21, Victoria shared a memory from 3/21/2020, right after the pandemic, of her two youngest children having church. The video depicts America (the little Missionary) and Mario having some serious church. America is preaching and Mario is signifying after every sentence. These scenes do not just happen but are a result of an atmosphere that has been cultivated by someone special. In this case, it is a mother.

If you are in the Southern California area, you know or have seen Victoria and her four children: Heavenlyn, Aaliyah, Mario and America. Victoria keeps her children clothed and fed but in church as well. They are what we commonly refer to as church people. She and her family attend every service. Victoria is very active in both the youth and evangelism departments. Because she is active, her children are as well.

Talking to Victoria, will reveal how proud she is of many things in her life but that the title of mother is the greatest. It is indeed one of her greatest blessings. Victoria recounts that the odds were against her when she gave birth to her now 16-year-old daughter, Heavenlyn, at the age of 21. She will tell you that giving birth to a daughter was indeed difficult but has been one of the greatest experiences of her life. Victoria was told that her life would be difficult, wearisome. She said the descriptions indicated that her life was “coming to an end.” She says in a sense it did as she stopped living solely for herself but for the betterment of her new bundle of joy. Victoria attended every church meeting or service that she was called to attend with a renewed focus on God and Heavenlyn.

For nine years it was the two of them. They did everything together. Then something happened. Two girls needed a home. Victoria was familiar with them as their grandmother attended the same church. One year after the girls made their arrival into the Turner home, one of their brothers joined them with the final brother uniting one year after that. The Turner family grew from one child to 5 in a short period of time.

Victoria is a genuinely positive person but will tell you that this was not easy. Certainly love for the children is significant but emotions and traumas can prove difficult at times. Victoria recounts two particular difficult situations she had to navigate with her children. The first situation dealt with the local school district and services provided to children in foster care. Victoria ended up having to sue the school district to get the services her children needed. The second situation involved her oldest son. She had to make the difficult decision to allow another family care for him as needs were greater than what her love and care could offer.

“My other two in whom I love. So very grateful the Lord chose me for the job! If I had a choice, for them, I’d do it all over again hallelujah!” This is a social media post on one of Victoria’s pages on February 20, 2022. She is referencing Mario and Aaliyah in particular. But it is very safe to say that she is proud of the fact that she is a mother twice: naturally and by choice.

Heavenlyn will be attending Pepperdine University this fall at the early age of 16. Aaliyah is soaring in her academic studies with a 3.5 GPA. America, affectionately known as “Missionary America”, loves the Lord and is not ashamed of her testimony and witnesses everywhere she goes. Mario is growing and loves the Lord and loves life. All of the children are active in ministry both locally, jurisdictionally and Heavenlyn is active on the regional level.

Today, you can find the Turner Family in church enjoying the Lord. They currently attend Revival Time Church of God in Christ in San Diego under the leadership of Auxiliary Bishop Lonnie Lynch. They are active members of the California Southern Second Jurisdiction. 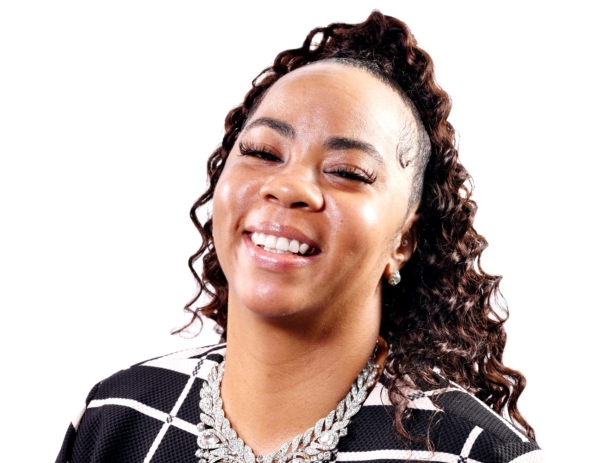