A wife, mother, grandmother, and full-time employee, taking care of everyone and everything – Sherron, age 46, had no idea the faith-testing challenge that lied ahead. However, God only gives His biggest challenges to His strongest warriors. He knew Sherron was ready for her “Job experience,” even if she didn’t know herself. COVID and lupus was about to turn her world upside down.

In 2020, prior to the CDC’s “stay-in-place” mandate, Sherron and her family traveled with a church group out-of-state, to worship in a jurisdictional setting. She had no idea she was surrounded by death. “Once we returned home, one of my family members called to inform me that a lot of the people who attended the service had become sick and that I needed to be watchful and careful because of having lupus. Having a compromised immune system, I really needed to be cautious. The following week, I began to feel as though I was catching a really bad cold, which became progressively worse over several days. Eventually, my husband rushed me to CARE NOW where I was diagnosed with having pneumonia and was prescribed two medications. The doctor also suggested that I go straight to the hospital, which we did. After several hours at the hospital, I was sent back home with the same diagnosis.”

“After a couple of days of not getting any better, I told my husband. He told me to get myself ready so he could return me to the hospital. We returned to the hospital, but this time was different as only the patient was allowed inside. Within the hour, I was admitted into a room. It is now March 22, 2020 and even on my “death bed,” I’m still taking care of business, contacting family to let them know where I am, fully cognizant, just weak and feeling worse by the minute.”

“Without my husband being present, I now have to advocate for myself. I’m inquiring as to what is going on and the nurse informs me that they are going to put me to sleep and place me on a ventilator. I communicated to my husband via text, and he responded two to three minutes later, “Because?” But I never got his response until a month later – I was gone.”

On Tuesday, they called Darron with the news that Sherron was code blue (12 minutes) and was unresponsive. Please note – according to medical science, after five minutes of the brain being without oxygen, if a person survives, they will be in a vegetative state. By the time Darron arrived at the hospital, the nurse informed him that they revived her heart, but she was in what would be the beginning of a 30-day coma. Within two weeks, they had taken Sherron off of all sedatives, but she still wouldn’t wake up. Darron asked that nurses call several times within the day to give updates and at least let him talk to her by phone, to which the nurse agreed. It’s been another two weeks of unresponsiveness and now Darron is being aggressively requested by doctors to pull the plug. “They wanted me to kill my wife,” as there was nothing more that could be done. “I called my Pastor, who stated that he could not make that decision for me but could pray. However, I will never forget the words that he shared. “Now is the time for you to lift the words off the pages of the Bible that you have read, heard taught and preached all your life, and live by them.”

Darron had not seen his wife in three weeks now.  He desperately needed to see the love of his life. His request was denied but reconsidered, and he would be allowed to see Sherron for only 10 minutes. Organs had failed, body was hemorrhaging, fluid was coming up through tubes, gangrene had set in, and Satan thought he’d won. Nevertheless, Darron intensely let the medical staff know that what they saw and what he was seeing was two different things. He saw a miracle in the making! GOD was about to resurrect Sherron’s body!  Over time, Satan came in even more aggressively, intent on killing Sherron. But through prayer, she was surrounded by ‘life-sustaining’ angels.

After about a month, on a Friday, the hospital did not communicate updates with Darron. However, a nurse on duty noticed that Sherron had been following her in the room with her eyes. The only thing one can imagine is that God was at work because the next day, Darron received a Facetime message from the nurse. “Mr. Seaton, someone would like to speak with you. The nurse held the phone in front of my wife’s face, and I noticed that there were no tubes, no ventilator mask, nothing attached to her face. Then softly she said, “Hey baby.”  And I said, “Sherron, is that you?” She said, “Hey baby,” and I just began praising God that prayers were heard. HE had sent my wife back to me!!!”

God did not just restore Sherron . . . he rebirthed Sherron in such an incomprehensible way until doctors, medical staff, even the Board of Directors, would come to her room and stare through the door, as if looking in the tomb of Lazarus, thinking there is NO WAY she should still be alive!

Even though she lost some of her toes and fingers, Sherron’s mind was NEVER affected. She fought for her life! Two years later, the tenacious faith she shared with her husband, has resulted in new life, increased faith, and an incomparable victory! to GOD be the glory!!!

Dee, a 35-year career public school educator, is a member of Cathedral of Faith COGIC in Euless, TX. She is a member of Texas Northeast First Ecclesiastical Jurisdiction which is led by her pastor & bishop, the Honorable Bishop James E. Hornsby. 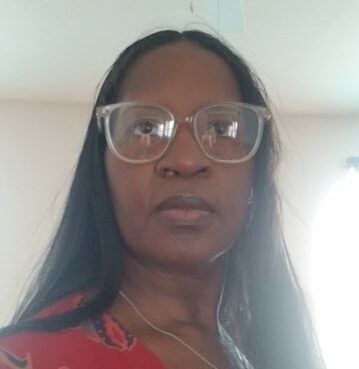