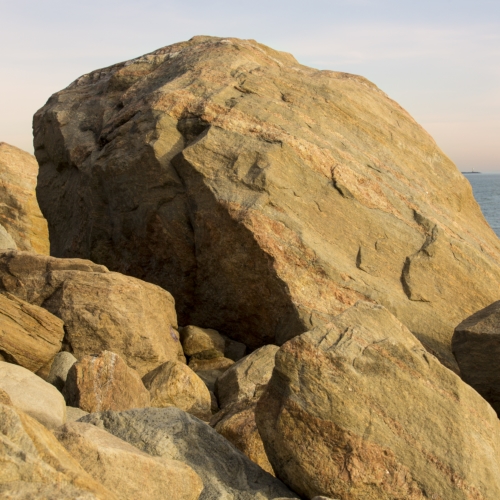 The Chinese word for “crisis” suggests that every problematic situation has two heads, one of danger and one of opportunity.  Oftentimes, the unsavory challenges that confront us are pregnant with promise and possibility.  For further enlightenment on this truth, consider the following story.

In ancient times, a king had a large boulder placed on a roadway. Then he hid himself and watched to see if anyone would remove the huge rock.  Some of the king’s wealthiest merchants and courtiers passed by and simply walked around it.  Many severely criticized the king for not keeping the road clear, but no one did anything about getting that big stone out of the way.

Then a peasant came along carrying a load of vegetables.  On approaching the boulder, the peasant laid down his burden and tried his best to move the large rock to the side of the road.  Finally, after much pushing and straining, he succeeded.

As the peasant picked up his load of vegetables, he noticed a purse positioned on the road where the boulder had lain.  The purse contained many gold coins, along with a note from the king indicating that the gold was for any person who removed the boulder from the roadway.

That peasant learned what too many people fail to comprehend.  That is, every visible obstacle presents an invisible opportunity to improve one’s condition and future.  Today, instead of complaining or cursing your circumstances, why not make every effort to move the ‘boulder’ that’s blocking your pathway.

How can this be done?  The ancient Greek mathematician, Archimedes, famously said “Give me a place to stand, and a lever long enough, and I will move the world.” It’s a natural principle that works just as well in the spiritual realm.  Faith is the lever.  Prayer is the fulcrum.  And Jesus Christ assures Kingdom-Believers that we can move our world by simultaneously deploying those twin-covenant-mechanisms of faith and prayer – in conjunction with the power of His Spirit that dwells within us. (II Corinthians 4:7 and Philippians 4:13)

Think for one moment.  How are you handling your current challenges?  Are you merely speaking about mountains, or are you speaking to mountains with Word-Based Faith, transmitted to Heaven’s Throne Room via constant prayer?

My friend, the situation you are now confronting only ‘looks like’ a mountain, a challenge, a boulder, an impossibility. In truth, it is a golden opportunity for Christ to shine, in, around, and through you – thereby brightly illuminating the lives of everyone whom you encounter.