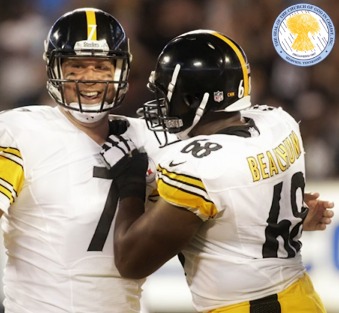 In today’s day and time, our children need godly role models. You may feel like there so few. However, today a video was posted online which showed that we have many excellent role model especially within the Church of God in Christ, Inc.

Take, for example, Kelvin Beachum, who is an offensive lineman for the Pittsburgh Steelers. He is also a member of Greater Harvest COGIC in Dallas, TX. under the Pastoral Leadership of Bishop Corby Bush, Sr. As the smallest offensive lineman in the NFL, many people did not believe that Kelvin Beachum would do well. Despite the naysayers, God continues to bless him and grant him favor. He is doing so well that even Benjamin Roethlisberger, the Quarterback for the Pittsburgh Steelers, say “it is reassuring to know a guy that cares so much about the game and my health is back there.”