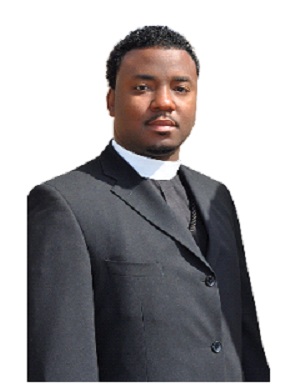 He is a fourth Generation Church of God in Christ product and The nephew of Bishop C. L. Bryant [Texas South East Third Jurisdiction] and the grandson of Bishop A. L. Cawthon [Panama Jurisdiction, appointed by Bishop C. H. Mason]. With his deep roots within the Church of God in Christ, Inc. It was inevitable that he would give his life to the Lord. On February 11, 1991 as a junior in High School he surrendered his life to the power of God and received the Baptism of the Holy Ghost three days later. The Call to ministry was answered and manifested on December 8, 1991. , He was licensed as a minister in 1992 and Ordained as an Elder in the Church of God in Christ in 1994.

Superintendent Bryant founded his first church while completing a tour of duty in the United States Navy, The All Nations Church of God in Christ Yokuska, Honshu Japan [3/17/96]. He has served faithfully three other congregations across the landscape of southeast Texas. These churches stood at the precipice of ecclesiastical and ecumenical fronts ministering to the great needs of all communities under his sober leadership .

Appointed as Jurisdictional YPWW President in 1999 (served 14 years), District Superintendent of the Livingston District in 2002, Jurisdictional AIM Chairman in 2006 (served five years) and Jurisdictional Leadership Conference Chairman in 2015 under Bishop C. L. Bryant. Service at the jurisdictional level has adequately prepared him for the work of the International Church. In 2009 he was appointed as the Financial Secretary of The International Youth Department (IYD), November 2012 during The 105th Holy Convocation Superintendent Bryant was elected Secretary of The General Council of Pastors and Elders of The Church of God in Christ, Inc.; and in 2016 secretary of The Inaugural C. E. BLAKE Legacy Conference Executive Steering Committee. Superintendent Bryant II has ministered in over 30 states and 20 countries for over 25 years. His investment into God’s church on a corporate level has birthed an excellent appreciation of the complexities that face our church in this 21st century.

Superintendent Bryant’s educational development began in the Galena Park Independent School District Houston, TX graduating from North Shore Senior High School in 1993. He then attended the University of Texas at Austin and The College of Biblical Studies. His hobbies include; being an avid reader, chess player and touts himself a prime athlete.