The Office of the General Secretary is responsible for developing and maintaining data pertaining to the Church Of God In Christ and oversees the credentialing of those engaged in the ministry of the Church. In addition, the office certifies delegates to the General Assembly, publishes official documents and certificates, maintains the official record of General Assembly proceedings, distributes pertinent information to the constituents of the Church, plays a pivotal role in church: legal matters, collects and reports church statistics, maintains an accurate database of credential holders, officers, churches and jurisdictions, and keeps an archive of historical documents from across the church, including, books, national and jurisdictional records, and photographs and memorabilia of historical value. In addition, the Office of the General Secretary is an integral part of all ceremonial activities, inaugurals, celebrations and ecumenical services. The General Secretary is the official keeper of the COGIC seal, Registered Agent for the Church and signatory on all official documents. 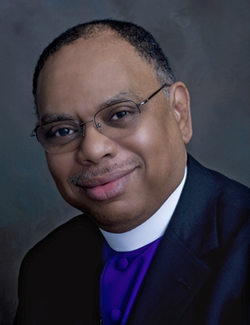